About ARPA & the PVD Rescue Plan

On March 11, 2021, President Biden signed the American Rescue Plan Act (ARPA) of 2021 into law to bring direct and immediate relief to families and workers. The act provides $350 billion in funding to states, counties, municipalities and other governmental units across the country. These funds-Coronavirus State and Local Fiscal Recovery Funds (SLFRF)- are to be used by state and local governments to address the devastating public health and economic impacts of the COVID-19 pandemic.

The Providence Rescue Plan is the City of Providence’s plan to spend its allocation of ARPA funds, a combination of city and county funds totaling $166 million.

The City allocated its first round of funding, totaling $43 million, on July 16, 2021 through a multi-step process. After federal funds were announced, city department directors were surveyed and drafted proposals for high-impact projects. The Mayor’s Office and City Council also reviewed timely needs in the city, with a specific focus on violence prevention, and put together a list of high-priority work. All of the projects were reviewed at two public meetings, a finance committee meeting, and an open meeting as part of the City Council budget hearing process. The culmination of that work was the ordinance passed by the City Council and signed into law by Mayor Elorza allocating American Rescue Plan Act (ARPA) funds for transformative city programming.

The Mayor’s Office and Task Force conducted a robust community engagement process, which involved listening to the needs of the City of Providence as presented by City department directors and engaging over 1,500 members of Providence communities (residents, businesses, and others) through community listening sessions and via a multilingual community survey. This engagement process informed the Task Force’s recommendations for how to allocate the remaining American Rescue Plan Act funding. In November 2021, the Task Force finalized their recommendations and presented the City with their final  report.

On January 5, 2022, Mayor Elorza proposed a $123,769,438 American Rescue Plan Act (ARPA) budget ordinance that aligns with the City’s COVID-19 Recovery and Resiliency Task Force’s recommendations. In light of the disproportionate impacts of COVID-19 on vulnerable and frontline communities, Mayor Elorza prioritized equity and resiliency through all funding categories identified in this ordinance. On May 20, 2022, following City Council approval, Mayor Elorza signed the $123,769,438 American Rescue Plan Act (ARPA) budget ordinance into law. The ordinance builds an equitable, resilient recovery for Providence. Visit the Funds in Action page to see how these funds are being used. 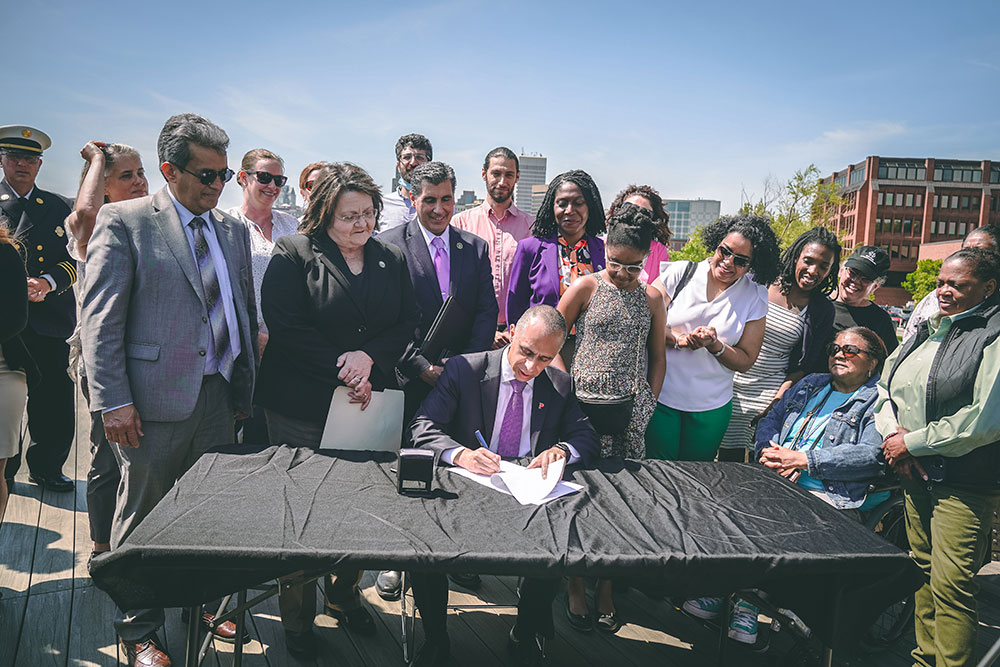 The State and Local Fiscal Recovery Funds section of the American Rescue Plan specifies what funding can and cannot be used for. The purpose of distributing these funds is to address the specific economic and public health crises triggered by the COVID-19 pandemic. The U.S. Treasury Department website states that the funds may be used to:

Replace lost public sector revenue, using this funding to provide government services to the extent of the reduction in revenue experienced due to the pandemic.

Provide premium pay for essential workers, offering additional support to those who have and will bear the greatest health risks because of their service in critical infrastructure sectors.

There are stipulations in the plan that lay out what the funds may NOT be used for, which are tax cuts, deposits to pension funds, funding debt services, legal settlements or judgements, non-sewer, water, or broadband based infrastructure projects, and/or deposits to rainy day or financial reserves.